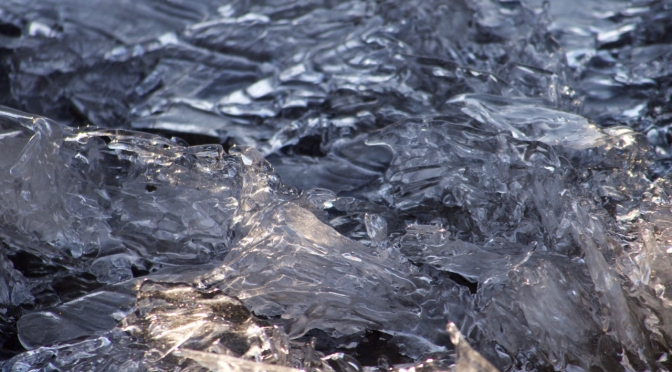 After the Christmas holidays, when I went back to the dementia care house where I monthly play shakuhachi for the patients, A. told me that the departments had been closed for almost a month because of the Norovirus. Most of the patients were still weak and laid in bed. We had a relatively short session, nice though. I especially remember playing for P., a cheerful man who used to play piano and loves listening to music. He couldn’t get enough of it. One of the women was also very happy we came. It was as if she remembered me from the previous visit in November because she was immediately more receptive to the music. I find it so touching when the patients, although weak, strengthless or having trouble to control their movements, do their best to express their pleasure with giving me an applaus. I love to see a smile on their faces or in their eyes.

When we went to B., the African woman, she was laying in bed, sleeping, so I didn’t play for her this time. We also tried a few new patients, without a great succes I must confess. I’ve already noticed before that new patients are often still too busy to find their way back home to be able to enjoy my music. One was waiting for her daughter, another one was very worried to be back home on time to prepare dinner for her children when they would come back from school. Another one just didn’t like it. In this case, I also often notice that they find the sound of a “live” instrument very loud, although I’m mostly playing softly. It reminds me when I used to give flute presentations in primary schools, how some children would react and be surprised by the volume of a “real” flute.

In the living-room, there were decorations for a birthday party. I asked whose birthday it was today, and A. answered that the woman who was turning 95 today died during the night. All was ready for her party and the staff didn’t have the time to clean up all the decorations.

It was again one of these days with multiple activities for the patients, but this time, I knew from the beginning that there were still people to be visited in their bedroom, people who couldn’t bear the excitation of group entertainment anymore. We started with Mrs de B., who looked so delighted to get a musical visit. While I was playing, she said some words I couldn’t understand but sounded quite negative. During the second tune, I clearly heard her  saying “disgusting”… I had a quick look to A. who made a sign of “I don’t know”, so, well, I finished the song. At the end, Mrs. de B. looked at me with a big smile and said “beautiful”. A. asked her if she enjoyed the music and she answered positively. When we left, she waved at us happily, as happy to say goodbye as to welcome us when we arrived. What is the meaning of words for her now? What should I trust most? Should I trust words more than the entire body expression, the smile on her face, her happiness to get our visit?… There is so much more than words in communication, they can be deceptive, but yet, we always give them priority. When playing music and having a non-verbal dialog with the patients, I’m happy not to need words and give more attention to the entire person I’m playing for.

I had noticed the silence in the corridor when we arrived in the next department, but I didn’t realise what this meant. A. told me: Bernadette, the African woman, passed away a few days ago. I won’t hear her strong voice in the corridor anymore, I won’t speak French to her anymore, she won’t call me “mama” again. I feel a bit sad and hope she is in peace now.
In the living room, the same man as last time, P., was sitting. As joyful he was the previous time, as sad he is today, pouring slowly his glass of fruit juice – and his neighbour’s glass too- in a kind of bowl. He loves music, he used to play piano, but today, everything I play makes him cry. As it happened before, the border between crying,  smiling or laughing is sometimes difficult to estimate. Even if he seems to be crying, it doesn’t seem that the music makes him feel bad/worse. His neighbour enjoys the music a lot. Before I started, she told A. that she wasn’t very fond of music, but after the first piece I played, she said she liked it. She seems to have fun to see P. making a mess with both juices, and A. manages to catch the bowl before it falls on the ground. While all these things happen, I’m still playing, focusing on the music while trying to reach them in their world. It’s quite exhausting sometimes.

I already talked before about Mr. Harmonica, this very old man who can still blow his harmonica and play tunes. Last time, he gave a little “concert” for the people around. This time, we visited him in his bedroom. He was immediately interested by my flute and A. looked for his harmonica. He blew a few notes, I played the pentatonic scale of the shakuhachi and he played his own scale. “Your flute is better”, he said, “but I can’t blow it”. I let him have a closer look and hold it in his hands. Then I played a tune, he played one, and we started a kind of musical dialog.  He became soon clear that he wanted me to repeat the dance his was playing on his harmonica. “Listen carefully, if you practice well, you’ll manage”, he said. Of course, I can’t play the chords of an harmonica with a shakuhachi and didn’t know the Dutch old dance he was playing, but it didn’t bother him, I was apparently close enough. It brought him back memories of the music school and the music lessons he got there. A. tried to explain that I was a professional musician and teacher myself, but he didn’t really understand. “Keep on practicing”, he said when we left, “and “you’ll manage”.

I know what I have to do for next time!

2 thoughts on “Light and shadow”