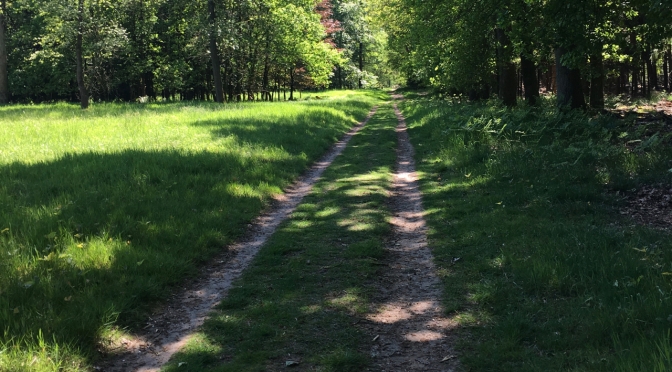 Back today to the dementia care home where I’ve been playing for elderly people since 2014. Between today and my last visit on April 25, I gave three very different performances: the Requiem of Jenkins in the concert hall in Middelburg with orchestra, choir and soloist ; the musical show “Fureidesu” with the storyteller Gerard Jellema in Rotterdam, and the opening of the exhibition “Les Petites Peurs” by S.P.A.M. van Griensven also in Rotterdam. Different places, different audiences, different ways of listening, different ways of playing. And here I am today, back in Nijmegen for my monthly visit to the elderly people cuddling their Teddy bears, playing with toys and desperately roaming in the corridors trying to find their way home.

What am I going to play today?

Let’s play the same music as for the opening last Saturday: Hijiri-no-shirabe, the signature honkyoku of our school, written by Fukuda Teruhisa, and Tsugaru Yama Uta, which I also use for the show with Japanese Tales. And of course my habitual set of folksongs, short(ened) honkyoku’s and improvisations. I always try a few new pieces per sessions: pieces I’m working on for a concert or a lesson, pieces of my daily life, to connect to their daily life.

The first person we go to doesn’t want any music. She is busy waiting for someone to take her home any minute. “We’ll come later” says A. imperturbable. T. agrees, as if she was not going anywhere. When we do come later, she is sitting somewhere else, doesn’t talk anymore of going back home and is very pleased to listen to music.

The next woman lays in bed. When I begin to play, the expression of her face changes as if she was about to cry and/or being in pain. I don’t know what to do and continue playing. At the end of the tune (Hijiri-no-shirabe), she says “nice”. How deceptive and disconcerting. I know it but still. Difficult to stay neutral in front of someone expressing strong emotions. Difficult not to interpret them the way you should with a healthy person. And moving to see that you can bring deep emotions out of someone with a simple tune. During the third tune, she falls asleep, quietly.

Playing for people lying in bed in their bedrooms and for groups sitting in the living room is quite different. It enables me to play the same piece in different ways. To go deeper in the soft dynamics in a bedroom. To tell my story differently according to the people I’m playing for. It inspires my mind.

Sometimes I get some stories back, intelligible or not. Today, a man tells me he likes the music I’m playing but he doesn’t know what he is doing here. He is still functioning very well and can still tell jokes. What’s wrong with him? Is he going to go back to home soon? He wants to pay me and apologies he hasn’t any cash with him. He is very annoyed by that. A. reassures him, no need. And maybe he will go back home soon.
A woman asks me abruptly where her husband is. I don’t know what to answer. She asks again and adds that she is afraid. A. comes to help: “your husband is doing shopping and will be back soon”. “Do you know him then?” “Yes, I know him very well.” “Good, I’m not afraid anymore.” So simple is that… at the moment.

It also increases my concentration while playing. Anything can happen.
I still remember one day I was playing in the living room by the Young people. One man, who normally loves music, was sitting alone on the couch, apart from the others. He was having a bad day. When I started to play, he stood up, came right to me and stopped at a few centimeters from me. I thought he wanted to say or do something. It happened before that someone tried to grab the flute while I was playing. But nothing happened, he just stood there and didn’t move. After a little while, I moved to the side while playing and he continued his way. I came back to my first place and continued playing. He came back a few minutes later and stopped again, until I moved to the side. A few more times later, while I was still playing, I realised that I was on his fixed way. He was not able to bypass me, as if I was a wall or a tree risen up in the middle of the road. I had to move. I moved a meter aside and after that, he continued walking up and down on the same fixed line, without stopping at me anymore.
So when in April, another man came very closed to me, I thought I was maybe standing on an invisible road again. But he started to talk to me and looked disappointed I didn’t answer back, as if he didn’t notice I was playing (this happened before!). Then he walked away. I saw him again today, after I played. He didn’t come to listen, A. said he is a big fan of the Beatles. Luckily someone else, coming also regularly with a guitar, can play his favourite tunes for him.

When leaving the departement, you have to carefully shut the door behind you. An old woman started literately to  run when she saw the door open. We were just in time to close it again. The sound of her rollator or stick hurting the closing door still resonates in my head. We looked through the eyehole: she was already gone, without a word. That was past, nothing happened.